A history of Hill End 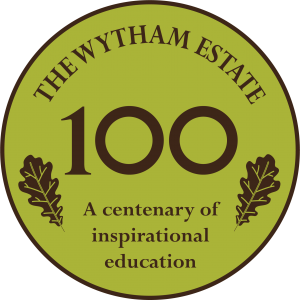 100 Years of the Wytham Estate

This year marks the 100th anniversary of the Wytham Estate – a joint celebration of the University of Oxford’s Wytham Woods and the Hill End Outdoor Education Centre.

The Wytham Estate was purchased in 1920 by the philanthropic ffennell family, who established Hill End ‘Camp’ and later gifted the whole Estate to the University of Oxford.

Generations of Oxfordshire children have visited Hill End for school trips, and these memories are a very special part of the Estate’s history.

You can read more in our new joint leaflet – available to download here.

We began the anniversary year in January 2020 with the planting of the first of 100 new trees to mark 100 years. These are designed to create a new woodland wildlife corridor between the two sides of the Estate and demonstrate a lasting commitment to their partnership – you can read more about this here.

The coronavirus pandemic has sadly meant that we have had to cancel or postpone most of our centenary events this year. We do hope to be able to run these at a later time instead.

In the meantime, our friends at Wytham Woods have commissioned a wonderful new film about the rich history of Hill End and the reasons behind its creation. This features some fascinating 1930s footage of Hill End, along with more recent shots of St Barnabas School on a day trip – many thanks to them and the families involved for their help in making the film.

If you are able to donate to the Hill End Charitable Trust in these difficult times, your help is very much needed and appreciated – visit our donation page for more information.

Wytham Woods are generously donating the profits from their new poetry book ‘The Woods of Hazel’ to Hill End – if you would like to support us by purchasing a copy, please visit their website here.

A History of Hill End

Wytham Woods and Hill End together make up the Wytham Estate, a beautiful and unique educational resource.

Raymond and Hope ffennell, a wealthy couple who enjoyed the outdoors, started renting Wytham Abbey in 1916 and fell in love with the area.

Raymond Ffennell (born Schumacher) was a successful gold mine director and author. He was also an active member of the British forces. In 1917 he was a Major in Oxford University Training Corps attached to No:4 Officer Cadet Battalion, possibly at the same time as C.S. Lewis.

During the First World War, the Wytham Estate was used for training local Oxfordshire soldiers and the practice trenches were dug. You can find out more about the trenches and our recent Heritage Lottery-funded project to open these up to local communities and schools here.

In 1920 the ffennell family bought the Wytham Estate and used it as a holiday and weekend camping site with large and lavish tents.

They were also a philanthropic family, committed to outdoor education and influenced by the philosophy of Steiner. Over the next decades they created innovative outdoor classrooms and dormitories at Hill End.

The ffennell’s had one daughter, Hazel, who was always interested in the world around her. She had a reputation for keeping unusual pets, among them a chameleon. In 1930 the Green & Blue Dragon were built, the names inspired by Hazel’s pet chameleon. These facilities were, and are still, used as classrooms.

Hazel died as a young women and her parents continued to fund opportunities for disadvantaged children to come and visit and learn at Hill End in her memory.

British Pathé has a short news piece on their website showing children at Hill End in 1939, enjoying the outdoors.

During World War II a bomb was dropped behind the newly built Fairy-Ring (now called the High Dormitory), which managed to avoid any damage.

From 1941-1945 Oxfordshire Scouts ran camping holidays at Hill End as an escape for children from badly bombed cities.

Oxford & Cambridge University arranged a international Scout camp, for about 500 scouts from countries such as America, France, Canada, Czechoslovakia, Poland and Switzerland.

In 1947 Frank Corbey was appointed as the Warden. He implemented a renovation programme for the existing buildings.

In 1956 Oxford City Council leased Hill End Camp for the next 21 years.

During 1974, Oxfordshire County Council took over the Hill End Camp lease from Oxford City Council, managing the site according to the conditions of the ffennell Trust.

In the 1990s the buildings continued to be improved, including bathroom facilities for disabled visitors.

The surrounding habitats went through a period of change. This included 2000 trees being planted to celebrate the Children of the Millennium, along with the Willow Maze and Challenge Trail.

In 2001 Hill End began running Forest School training and the Oxfordshire Forest School Service was permanently based at the centre in 2005.

The Hill End trust continues to provide unique outdoor learning activities to all ages, and embraces opportunities to develop the site in novel and interesting ways.

Why is this centenary year important?

The need to engage young people with nature and the environment has never been more pressing.

At the Wytham Estate, outdoor education has been valued for 100 years. The ffennells embraced new and innovative educational methods in the 1920s to get children outdoors – which is just as relevant today.

The Estate is committed to developing the ffennell legacy for future generations. This year will see new fundraising activities and new partnerships to secure the work of the Estate for the future.

Read the press release for our launch event on 22 January 2020.

Our afterschool group were in a very spooky mood this week! 😀🎃 If you fancy joining us for family sessions afterschool next term, we only have a couple of places left - see our website for more and email admin@hill-end.org to book
hill-end.org/news/afterschool/ ...

Share on FacebookShare on TwitterShare on Linked InShare by Email

Get our newsletter
Go to Top
User reviews

We use cookies to ensure that we give you the best experience on our website. If you continue to use this site we will assume that you are happy with it.OkNo